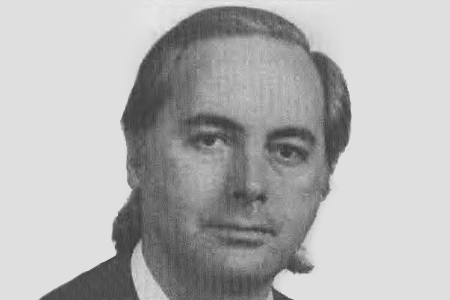 Alberto López-Jaureguízar Poncela was murdered by ETA in the Algorta district of Guecho, shortly before 9 am on 16 July 1982. He was a representative of Tabacalera working at the company’s Bilbao offices and an active member of the Alianza Popular (Popular Alliance) party. He was 42 years old and married with four children. On the day ETA killed him, Alberto and his family were due to go on holidays and he wanted to get his car checked before the journey. He had just got into the vehicle, which was parked close to the Post Office, when three ETA terrorists came up from either side and shot him from point-blank range, killing him instantly. A fortnight after the murder, Alberto López’s family left the Basque Country and moved to Alicante.

Alberto López had only been a member of Alianza Popular for 15 days when he was murdered. He had witnessed an attack in Bilbao, after which he started attending the funerals of ETA victims and hanging a Spanish flag with a black ribbon on it outside his home on Calle Amesti whenever anyone was killed by ETA. The gesture was to cost him his life.