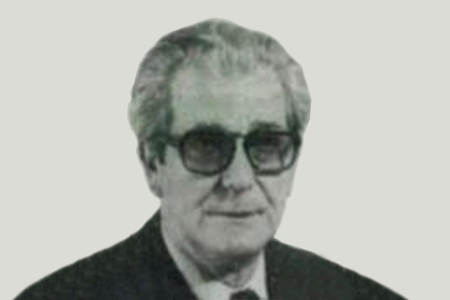 Alberto Aznar Feix had retired from his post as Lieutenant-Colonel in the Artillery three years before. He had subsequently suffered a mild heart attack, from which he was recovering, and had got into the habit of taking a walk each day around Portugalete with his 92-year-old mother.

As they were approaching the main door of the building where the old lady lived, they stopped to talk to a neighbour. An ETA gunman took the opportunity to shoot Alberto from point-blank range in front of his mother. The former officer was pronounced dead on arrival at Cruces Hospital. 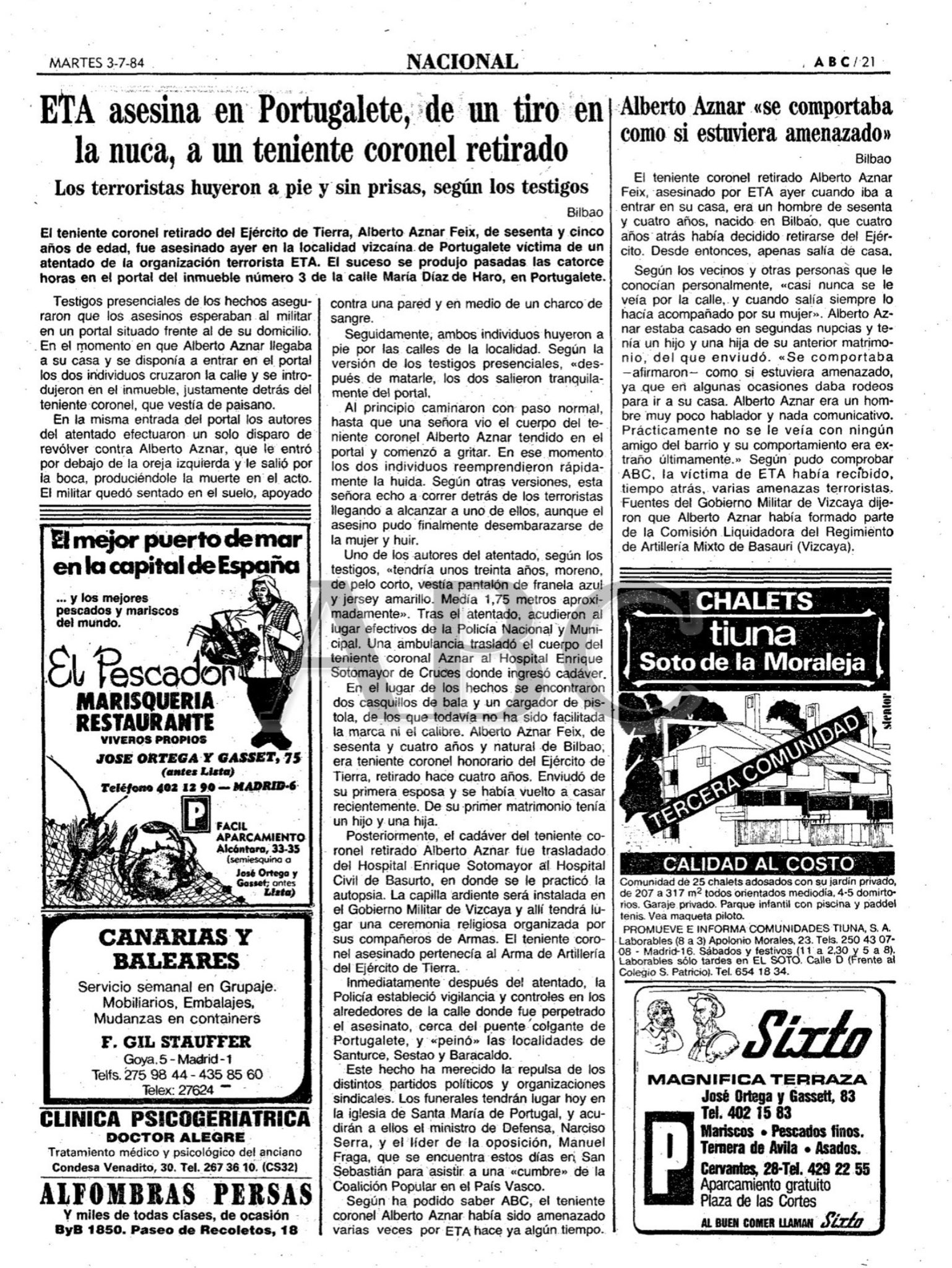 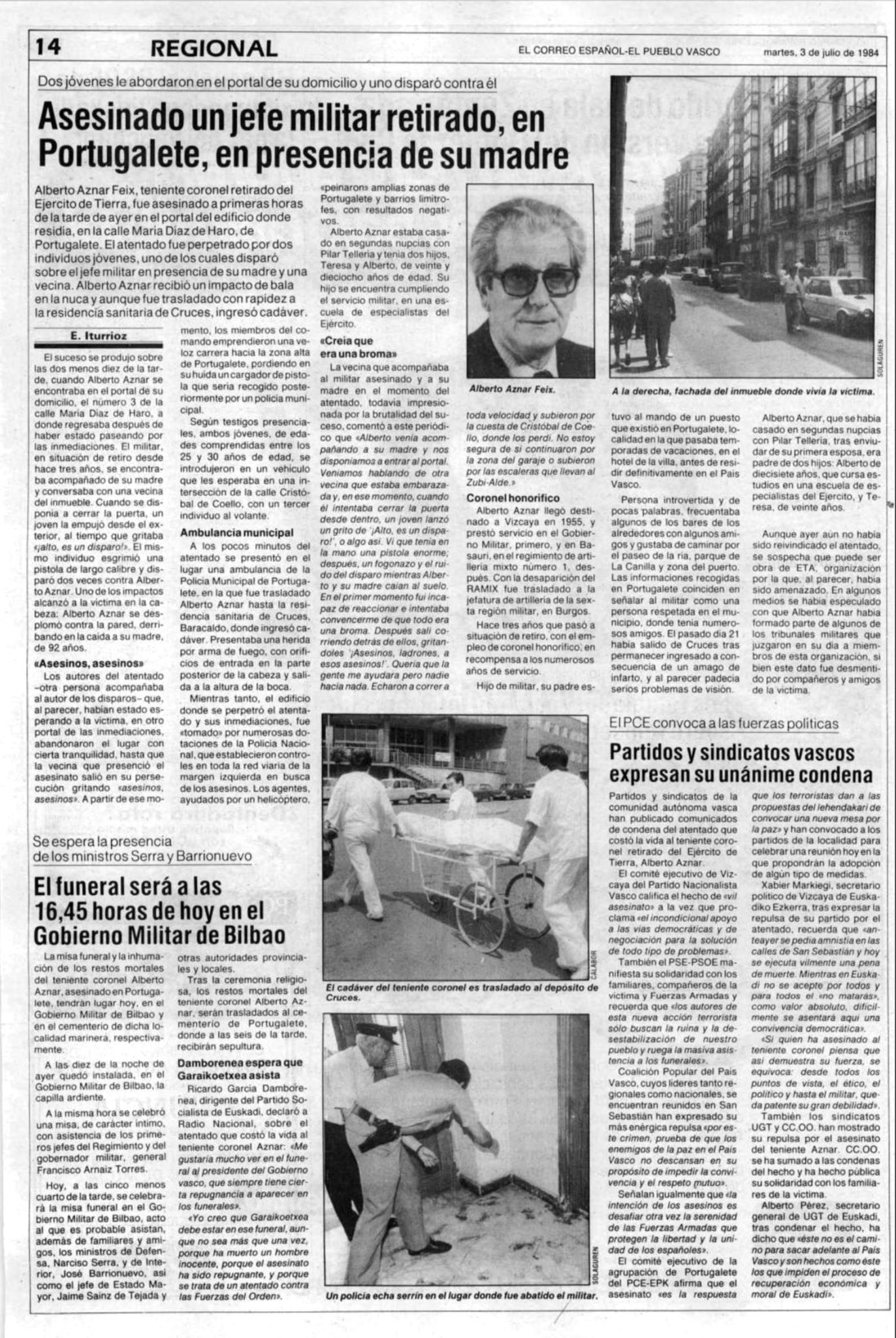 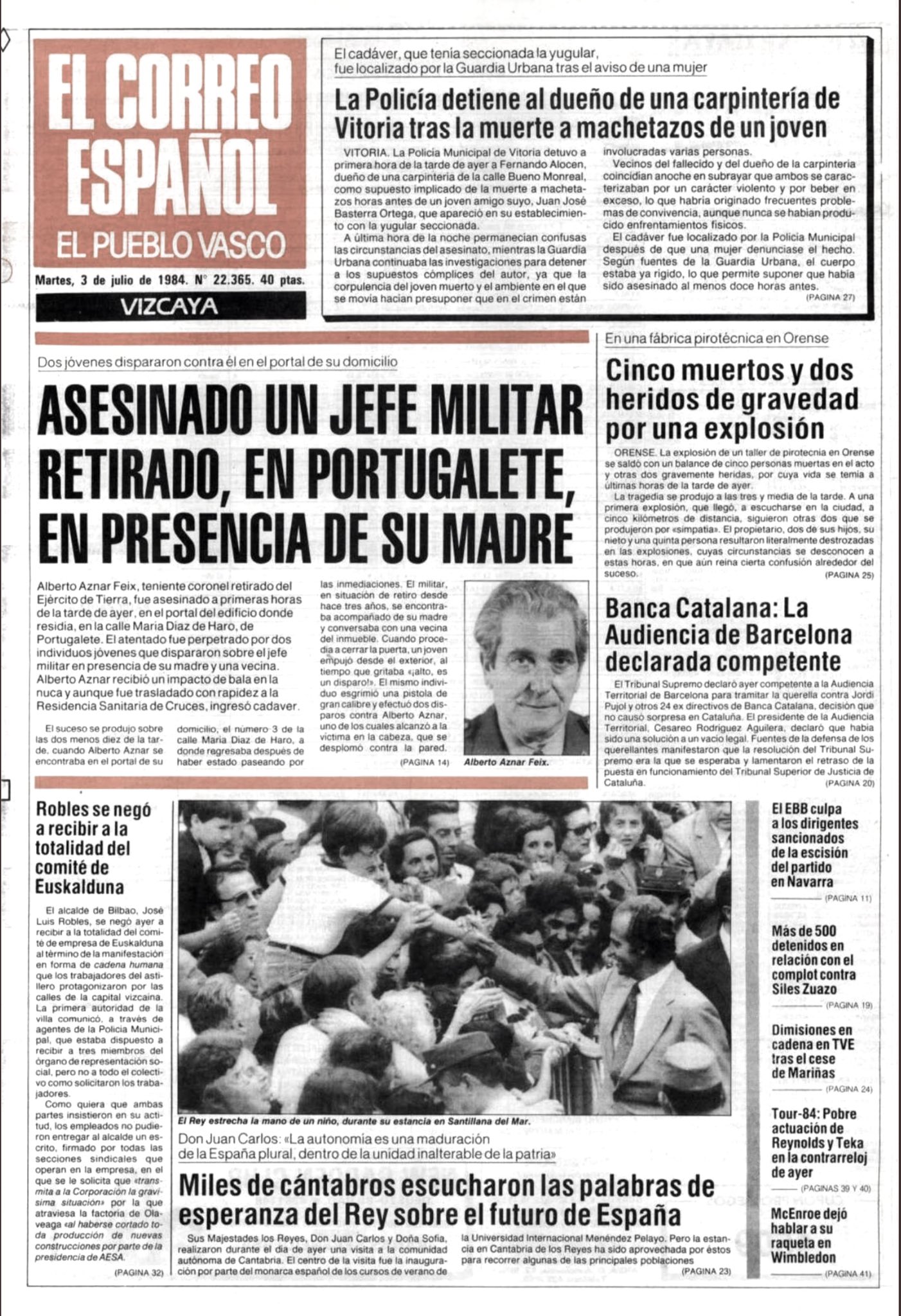