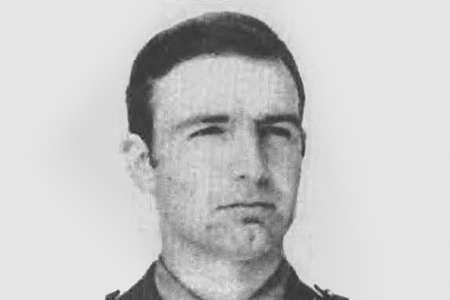 At around 8.00 am on 26 July 1986, ETA killed Civil Guard Lieutenant Ignacio Mateu Istúriz and officer Adrián González Revilla in the town of Arechavaleta in Gipuzkoa. In the early hours of the morning, the terrorists planted a bomb in the grass in a field next to the Civil Guard barracks in the town. The two civil guards were notified and went to inspect the area and to locate and defuse the device. However, they were caught directly in the blast and killed.

González had been a member of the Civil Guard for five years, having been part of the Rural Anti-Terrorist Groups (GAR) for most of that time. Adrián González was 29 years old and Ignacio Mateu 27 when they were killed. They were unmarried and had their whole lives ahead of them.