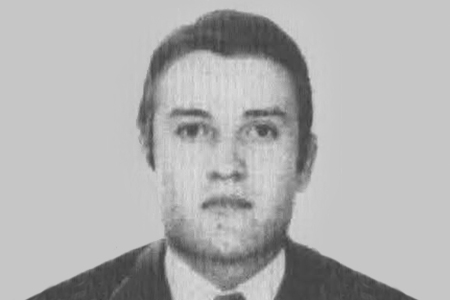 The two civil guards Lorenzo Soto and José Zafra were assigned to the Civil Guard HQ in San Sebastián, and one of their duties was to purchase food supplies. On the morning of 25 September, they went to the central fruit and vegetable market in Atocha, San Sebastian, as they did regularly. Dressed in blue overalls, Lorenzo and José loaded their vehicle with boxes of fruit and vegetables. At around 8.30 am, they were about to return to the barracks when three terrorists, their faces masked in black stockings, took up position at either side and in front of the Land Rover. They then riddled the vehicle and its two occupants with bullets. José Zafra’s was hit twenty-one times and his colleague, Lorenzo Soto, seventeen. Both men were killed instantly. They did not have time to use their own guns, which were found on the car seats.

Lorenzo Soto Soto was 24 years old. He was originally from Lorca (Murcia) and was unmarried. He joined the Civil Guard on 1 February 1974. Before being posted to San Sebastian, he was stationed in Manresa, his first posting, and in Azpeitia. His father, who was also a civil guard, was working as a taxi driver in Barcelona when his son was killed.