The Map of Terror

History of terrorism in Spain 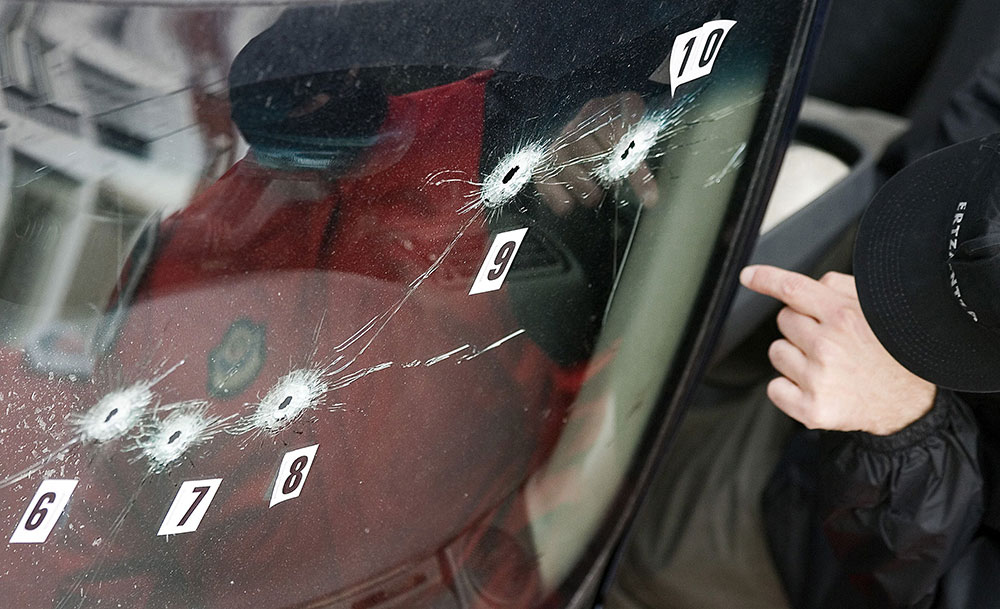 On March 7, 2008, five bullets hit the head, neck, abdomen and arm of former socialist councilor Isaías Carrasco, killed by ETA in Mondragón when he got into his private vehicle.

The Map of Terror is born out of the need to not forget those who were brutally murdered by terrorism. The Collective of Victims of Terrorism (COVITE) believes the only truth that heals and regenerates is tat which recounts and contextualizes how hundreds of innocents have died in the hands of unreason.

The new generations must know that in Spain, for more than 50 years, ETA struck terror by blowing fire and thus became the most violent agent in Spanish democracy. They should also know that in addition to ETA and its derivatives groupings, other violent groups tried to impose fear and caused massacres such as those occurred on March 11, 2004 in Madrid, the worst terrorist attack in the history of Spain.

After documenting the terrorist murders in the Basque Country, COVITE has expanded the Map of Terror to the Community of Madrid and Navarre. In all, we have developed personal files of a thousand people who have been victims of terrorism. COVITE wishes to expand this initiative, which will become the first online memorial history of terrorism in Spain.

The purpose of this tool, is that the memory of the victims of terrorism is perpetuated in time. Not to forget the unforgettable is the reason of the existence of COVITE, who works tirelessly in order to ensure that neither the leftwing nationalist propaganda that justifies the murders of ETA, neitherr the groups that appeal to the use of violence, nor the passage of time, blur the truth of the terrorist barbarity that Spain has suffered.